Duluth Police Fish For Compliments With A Viral Pity Party

This is my travel blog, and at no point, while constructing my corner of the 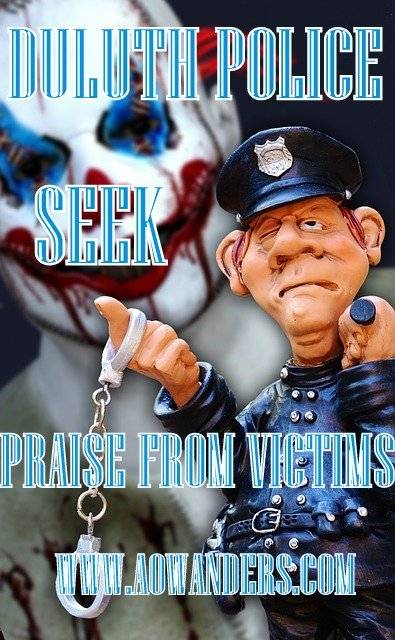 internet, did I envision writing a letter for public consumption to the Duluth, Minnesota Police Department.

But 2020 has become an enlightening double-edged sword. Slicing through the norms, and slashing anything resembling standard operating procedure during this global pandemic.
So after coming across a Facebook post from the Duluth Police Department, I felt the need to stray from the crowds of “thank yous” being hurled in their direction.
But why do I need to make a social media post into a blog post on a travel blog covering the topic of police reform?
The simple answer is offensive, but the real answer is perspective and awareness. If I had responded on Facebook as 12,000 other people have done at the time of this writing. The message might have gotten lost in the shuffle.

And I believe this is an important message worthy of dialogue because the ramifications of ignoring it are detrimental to our country’s society!
Below is my empathetic and sincere letter to the Duluth Police Department that you may find highly offensive. 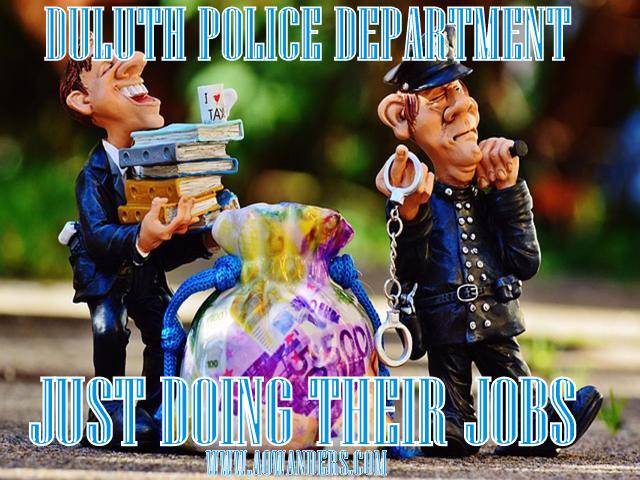 No one in this country has any issue with the end result. The problem that escapes the boys in blue every time is undeniable to its core.

First, job well done that no one lost their life during a wrestling match with an unarmed man, and two felons are now behind bars. Unfortunately, the fear of almost shooting an unarmed black man isn’t healthy enough in your display of COMPLETELY inadequate empathy for today’s culture!

Why you would even draw attention to the fact that you brandished a lethal weapon with the intent to cause bodily harm to an individual of color in today’s tension-filled atmosphere escapes me.

What doesn’t escape me is that you did this only in a self-serving manner, but doing so highlighted two justifications of pause for me to congratulate you.

Leave The Drama in High School

One being the melodramatic mindset that every police officer so eagerly reaches for when searching for justification of their actions.

Secondly, when you take offense based on the assumptions of what others might conclude, invalidates your “olive branch” gesture. No one shows disdain for police drawing their weapons. They take offense when those weapons are used unjustifiably!

If this suspect would have had a gun in his possession and pulled it in any manner that could have resulted in it being aimed in your direction, that’s a different story entirely. But the punchline to this storyline is that 1/16 of a squeeze was the only difference between an unarmed individual dying or living.

**DID THIS INDIVIDUAL LIVE BECAUSE YOU DIDN’T PULL THE TRIGGER, OR DID HE LIVE BECAUSE TODAY’S CULTURE MADE YOU MORE AWARE OF YOUR ACTIONS?”

Because while you were supposedly thinking about your wife and child 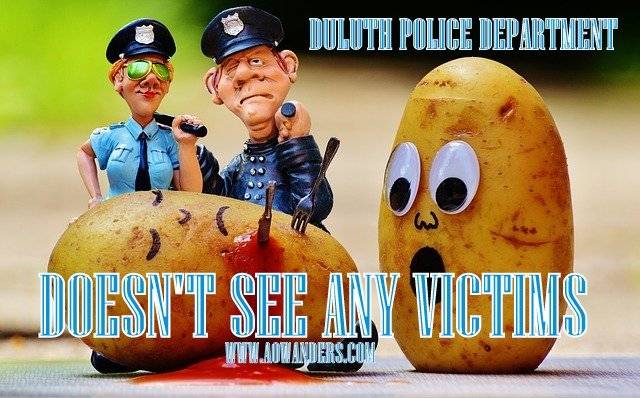 with your finger on a trigger, your partner was tackling an unarmed individual because he either didn’t have the lethal fear you possessed, or he had a better vantage point to see that deadly force wasn’t necessary. Which was it?

I’m glad you’re patrolling and capturing the wolves that roam our streets, but again unfortunately for your neighbors, you completely missed the point of the message being shouted across our nation.

Nobody is requesting a complete deletion of the police department in any city. What they are asking is, for you to stop bullying and victimizing your own neighbors.

Do we really need a reminder fee for broken equipment(windshields)?

Does society really want you to pull them over for window tint or changing lanes without a blinker?

Do you think society appreciates you sitting at a speed limit change zones?

How many people do you imagine say the words, “I love that guy!” When they pass a blacked-out patrol car in the middle of the night?

How grateful do you think your community’s citizens feel when you pull them over for nothing more than gaining access to investigate enhanced infractions?

If you indeed heard the message, THE COUNTRY IS SCREAMING AT YOU!

***NO VICTIM NO INTERACTION***

The next thing a responsible community figure and role model would do. Is

Because I don’t know anyone that has “beaten by a cop” or “killed by an officer” on their bucket list! Including yourself! Do you?

Power To The People

How many people do you think get a sense of fulfillment while footing the bill for someone else, not paying their child support?

Do you think they’d prefer to see a percentage of their wages go towards housing someone else’s child for underage drinking at the local jail?

Maybe you think people are eager to pay for arresting drivers with no license.

How many towns do you know have an adequate public transportation system?

You want people to be productive functioning members of society, correct?

How do you expect someone to do that in today’s world with no license?

How many times do you think they can tap the “friend” well for a ride before their calls and texts go unanswered?

How much do you think it would cost to take a taxi for 30 days? The average driver license suspension is 90 days correct? 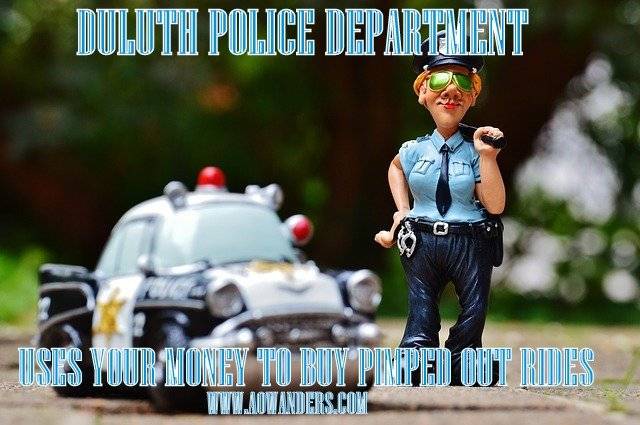 pays a liveable wage, have you ever thought of the ramifications of ANY interaction from your department with Duluth’s minimum wage community?

Considering that interaction will result in a fine equivalent to a 20% loss of monthly income?

Booby traps that trigger a series of cause and effect correlations. Today’s pursuit of happiness has migrated into a systematic pursuit of survival that you eagerly contribute to. While victimizing the community, you were sworn to protect and serve.

The minimum wage in Minnesota (a state you patrol in) only pays $1,200 take-home pay a month. How much wiggle room is in that budget for a $250 fine?

Why are you enforcing infractions of the law that create ultimatums between diapers and court costs within your own community? That have NO ACTUAL VICTIM!!!

Benefits of Being A Cop

Don’t forget the public also needs to buy you weapons that will maim them, bruise them, agitate their eyes, shock them, and KILL THEM!

Maybe thats why the cost of living in America is $4,000 a month to simply 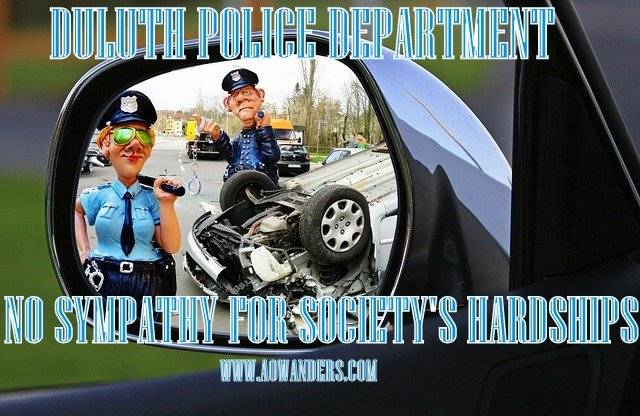 survive. You either have three (3) jobs or three (3) houses, right?

When did financial hardship become a target for the vicious never-ending cycle of law enforcement?

Did any of this help you get the message you so blatantly fucking missed with your self-serving pat on the back Facebook post? Let me know in the comments below. I’d love to know Duluth Police Sergeant!

P.S. Until you address your bullying tactics and community victimizing protocols, I will refer to the Duluth Police Department as tone-deaf and delusionally detached from the pulse of today’s culture! 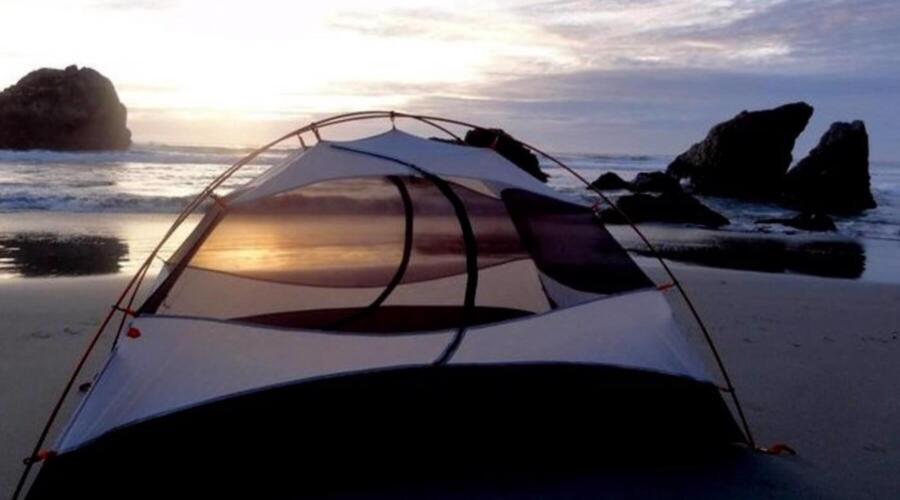 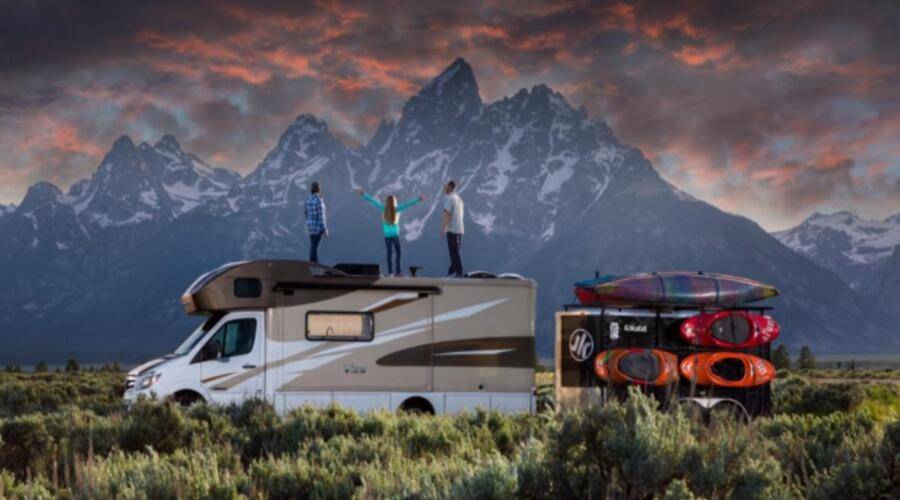 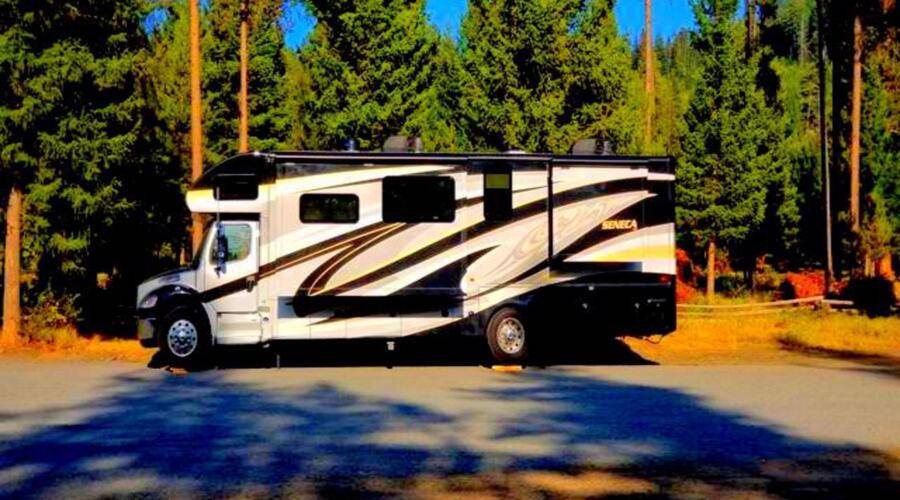